KEK is fundraising to promote public awareness of the International Linear Collider (ILC) project. Public support is a crucial component to realize the ILC project. We sincerely ask for your support in this endeavor.

Why Should I Support This Fundraiser?

The ILC is a future 20-km long accelerator. It will unravel the mysteries surrounding the creation of the universe, space-time, and mass. The ILC will push current technologies to their limits to accelerate and collide the highest energy electrons and positrons produced on Earth. The ILC-generated high-energy state will be comparable to the conditions immediately following the Big Bang. Consequently, physical phenomena occurring in such conditions can be analyzed.

The ILC will be constructed through international cooperation because ILC construction requires the most advanced theories and technologies available in high-energy physics. The ILC project has truly been a global effort since its incubation. In 2013, the Technical Design Report (TDR), which details the design requirements and manufacturing methods of the ILC, was released. Global efforts to develop accelerator technologies to build more powerful and stable accelerators are still continued today.

In 2012, the Japanese high-energy physics community proposed the construction of the ILC in Japan through international cooperation. The proposition has been well received by global research communities. Taking that opportunity, the Ministry of Education, Culture, Sports, Science and Technology (MEXT) of Japan established ILC advisory panel in 2014. Since then, the panel has been studying various tasks and challenges that are expected to be necessary to determine the feasibility of the ILC project.

Meanwhile, the high energy physics community in Japan proposed to construct a 250 GeV center-of- mass ILC as a Higgs factory. This proposal was endorsed by the International Committee for Future Accelerators (ICFA) in 2017. In response to the proposal of the ILC revised plan, the MEXT advisory panel reconvened two WGs, Physics WG and the TDR WG. On receiving the reports from these two WGs, the panel issued the report, “Summary of the ILC Advisory Panel’s Discussions to Date after Revision.” In this report, it is mentioned that “it is vital that entire picture of the revised ILC should be disseminated and shared among the general public, science community to gain the understandings and support for the scientific outcome.” At the Linear Collider Board(LCB) held in Tokyo on March, 2019, MEXT presented its view in regard to the ILC project that “MEXT will continue to discuss the ILC project with other governments while having an interest in the ILC project.”

KEK, as a global hub of accelerator science based in Japan, promotes research using the state-of-the-art powerful accelerator facilities. The results accomplished at KEK have been a driving force in expanding the frontier of new science and practical applications. Moreover, to promote the diverse activities aimed at the realization of the ILC project, KEK established the Planning Office for the ILC (headed by Masanori Yamauchi, Director General of KEK). KEK promotes public awareness of the research and development of ILC core technologies, such as superconducting accelerating cavity.

The funds raised in this campaign will be used to promote and deepen the general public’s awareness about the ILC project. As research is steadily advancing to make the ILC feasible, now is the right time to increase public awareness. To do that, your support is needed. We sincerely hope that you share our project’s vision. We would greatly appreciate your understanding and support.

What Will My Contribution Support?

The funds raised in this campaign will be used to promote public awareness of the significance of the ILC project. Promotional activities include:

This campaign will not be used for construction or technology development of the ILC. All funds will be used exclusively for the aforementioned promotional activities of the ILC public awareness (public relations).

How to make a donation
You can make a donation in the following way. For more information, please see
the KEK website.
Payment by Credit Card (Individual only)
Form Obtainable here.
※Jump to the donation screen offered by ITC Japan, Inc.

Payment by post mail Application Form
To make a donation by mailing, please fill out the online form and send to address at the bottom of this page.

Benefits to Contributors to This Fund

Inquiry
How to make a donation 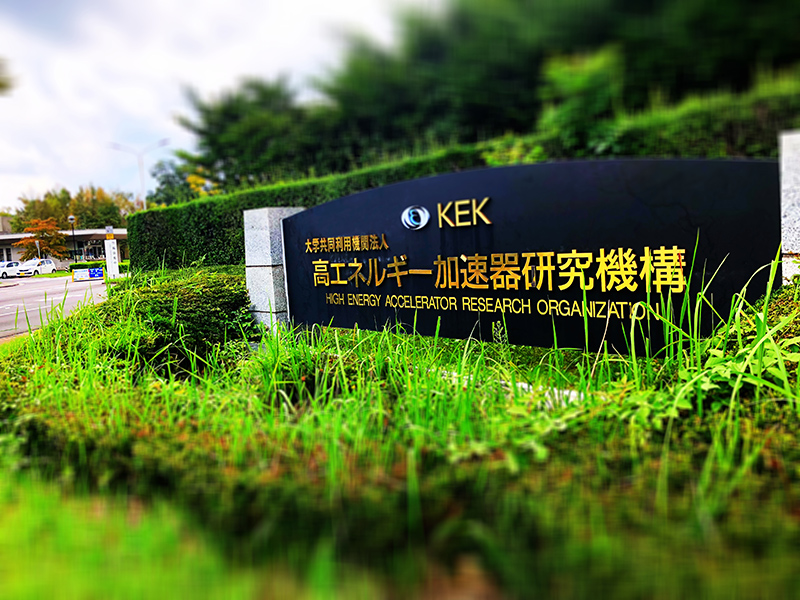